A behind the scenes look at filming this incredible bear diving segment from Discovery Channel's North America. I never knew they would go down that deep, but we all know how resourceful these brown bears can be in order to get their salmon dinner. Enjoy.

A really great video montage from the 2013 season at Mission Lodge, with some fantastic timelapse video and underwater footage. This gives you a small taste of the experience at a fly out lodge in Bristol Bay, Alaska.

The Art of Angling

I've been seeing these really cool fish illustrations pop up on the Fly Out social media feeds for the past year or so from an Andrea Larko. I kept seeing these really unique pieces of digital art, paintings, color pencil, etc. I'm not an artist (in the traditional sense), but her work really struck me. I asked Andrea if we could do a progression series on AlaskaFlyOut.com with a steelhead piece she would be commissioned to do. The video above is the result.

Find out more about this super talented artist at AndreaLarko.com. And, you can purchase Andrea's art at her etsy site.

The 2nd video episode from Ultima Thule Lodge's Beyond Series just hit the interweb. This particular episode focuses on the vast wilderness where UTL sits, which happens to be the largest protected land mass in the world. Stop and think about that for a minute. That sheer size of the Wrangell-St. Elias National Park is hard to fathom. While were were shooting this series, that was the one thing that really stuck with me. I came away from that trip thinking that I had finally seen "True Wilderness".

Watch the previous episode from the BEYOND SERIES. 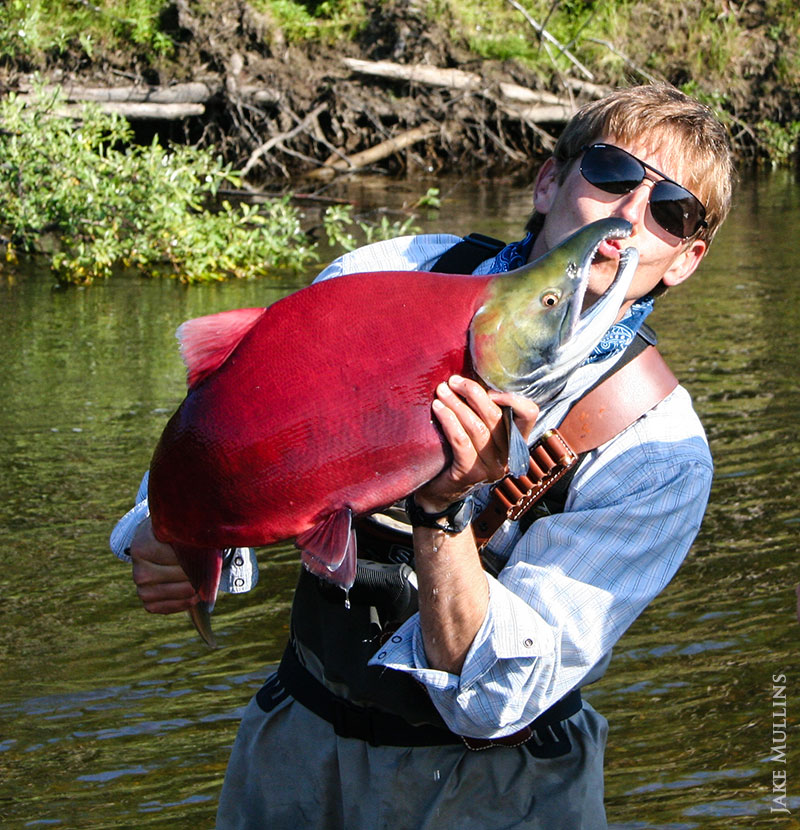 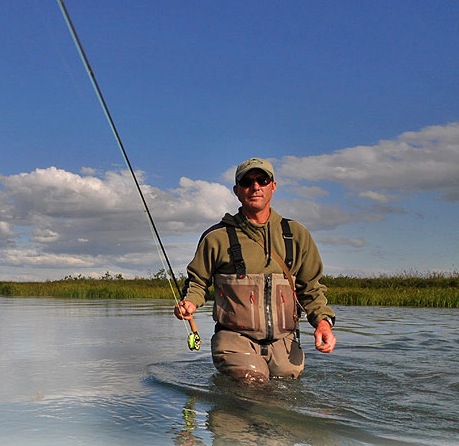 Brad Waitman at Igiugig Lodge graciously invited us to his lodge for a couple days of fishing and filming for our recent fly fishing film, Long Live the King. Located at the mouth of the Kvichak River and the outlet of Alaska's famous Lake Iliamna, sits his humble, family-run fishing lodge. The beach front location on the giant lake makes it feel you are on the ocean somewhere - maybe the Oregon Coast. Waves were licking the shore, and we really felt like we were out there - in the REAL Alaska. Brad runs a small operation, hosting just 4-6 guests per week. Brad is a pilot and a guide. So, he flies a Cessna 206 to many different fisheries in Bristol Bay and Katmai National Park, where he puts his 29+ years of Alaska guiding experience to work for you. The truth is, the guy is a fish hound. I mean he is fish nuts! One of those guys that has a sixth sense, and just knows how find fish, with every type of tackle and skill level. We asked Brad to try put us on King Salmon on fly rods on the very large Nushagak River, which does not naturally lend itself to fly fishing. Nevertheless, Brad was able to put us in the right spots at the right time for outstanding success. Nothing like having an ocean bright King Salmon tearing line off your reel at slack tide!

In addition to Brad's skills as a guide/pilot, he and his wife Brenda were incredibly generous hosts. The family atmosphere, good home-cooking, and comfortable accommodations made for a fantastic apres-fish experience. If you're looking for serious fishing, comfortable accommodations, with a first-class family owned lodge - consider Igiugig Lodge.

Fly Out Photo of the Week 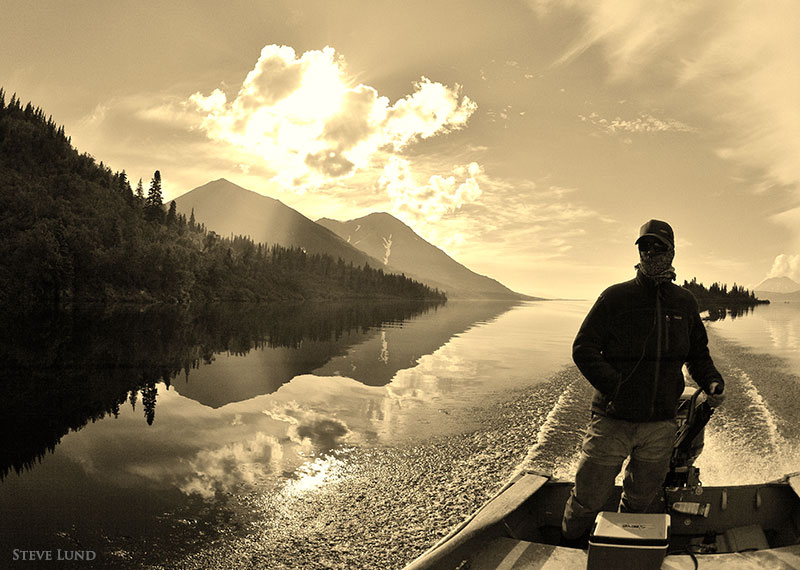 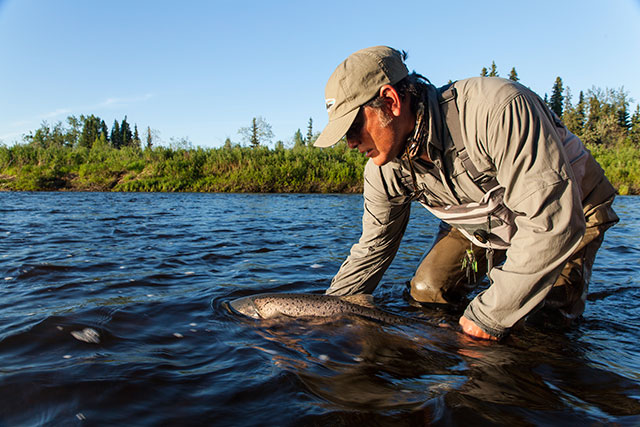 Oh no, not another post on C&R tips and techniques! I know, I know, everyone knows about these bullet points. But in my experience, many of these best practices for catch-and-release are ignored during the excitement of the moment. It's just natural - I'm guilty of some slip ups also. Fish are brought in and banged against rocks. Big rainbows are held out of the water for 5 minute photo sessions. Hasty hook removal rips cartlidge on small fish. A fat char's guts are squeezed and compromised for the one-hander shot. There's no time to rescucitate because there are so many more fish to catch - how about just under hand tossing it into the fast current.

The truth is, if we're goint to practice successful C&R, we need to follow the commandments - religiously. For most of us, that means slowing down, and doing the things that we already know about taking good care of fish. Don't get in a hurry. The photos can wait. The long cast, the secret spot, the big fish, and the hero photos mean nothing without the resource. Here are a few bullet point reminders:

In 2012, the Scorpion Reef expedition took the fly fishing world by storm. A group of close friends -- anglers from a variety of backgrounds and locales, pooled their talents for an exploratory trip to a remote atoll in the Gulf of Mexico.

What they found was something truly amazing. The wildlife, the camaraderie, an untouched fishery and a wild adventure resulted in one of the most unique and unforgettable adventures of a lifetime. They realized something profound -- the deeper one travels into remote and untouched locations, the greater the drive to go even deeper the next time. The experience becomes addicting... there are always new limits to push, new edges to nudge.

Scorpion Reef would be a hard trip to beat.

In planning the next great adventure, the crew wanted to take crewmember Alejandro "Sandflea" Vega Cruz, a Mexican from Isla Holbox, out of his element and show him something life changing. The result was an expedition into the heart of the Alaskan bush. The crew revisited an unknown and largely untouched river system -- explored by RA Beattie and Alaska guide Mark Rutherford almost a decade earlier.

Their intention? To target sportfish primarily with topwater.

To learn more about this film please visit the official website for more videos, photos, reports and a full tour schedule: http://alaskafishingfilm.com/