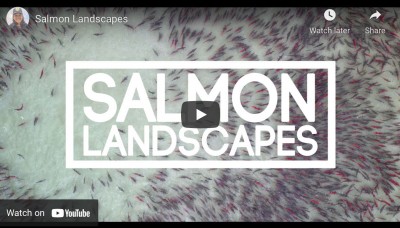 In this modern day, it is truly inspiring to fish and adventure in places that literally have not changed in the past 50-100 years. The salmon runs remain strong, there's been no added fishing pressure, and absolutely no human development. That's what most of us long for. Bristol Bay Lodge is lucky enough to operate two such remote camps as a part of their fly out fishing program in Southwest Alaska. And. . . . this is one of the last best places to target King Salmon on the fly rod.

We Need the Wild

Last chance to take action for the Tongass - Click the Link: http://www.americansalmonforest.org/take-action.html
No video selected.

We were fortunate enough to spend another amazing week at Iliamna River Lodge for some fishing and filming. This time, the weather cooperated wonderfully, . . . and so did the fish! IRL is a fantastic lodge in a phenomenal location. Watch in HD – Comment, Share, Enjoy!

That's not a typo. It's "Rainbo" Camp. And, if you've been there, you know what a special place it is. It's an edge of the Earth fishery, less than a mile from the Bering Sea. The wildness of the landscape is only matched by the fierce salmon that enter the river each fishing season. It's an angler's dream, and you can only experience Rainbo Camp via Bristol Bay Lodge.