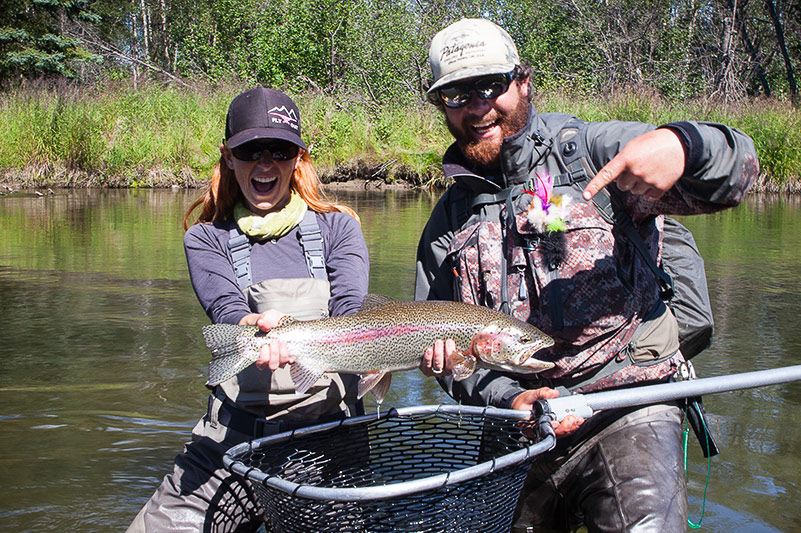 Nothing like a wilderness fly fishing trip to bring you back down to planet Earth. These guys did it right, taking a 11 days to float down the remote Kanektok River in southwest Alaska for the fishing trip of a lifetime. Shot and edited by Chris Morgan (twosherpas.com).

Watch the extended version below.

Check out this battle between angler and Alaska steelhead. The duck under the log move is pretty impressive. Great video from Bryan Gregson, Austin Trayser Media, and Hatch Outdoors.

A Film by Ben Hamilton

The Salmon Connection video is part of a National Science Foundation exhibit to show the connection of salmon to the world around us. Artist Ray Troll and aquarium designers from Tenji Inc. have worked with our Science Center staff to make an exhibit that highlights the work of University of Washington School of Aquatic and Fisheries Sciences, salmon researcher Dr. Daniel Schindler. The exhibit shows the connection between diverse salmon habitat, healthy oceans and healthy communities.

This video is meant to demonstrate the connection salmon have to our communities here in Alaska.