It's not all glory for Alaska fishing guides and lodge staff who work the short summer season. Most of the time, they really bust their tails off. Just ask any fishing guide if they get to fish a lot. We got the rare opportunity to spend a few days with guide staff at Royal Coachman Lodge during their pre-season. Let's just say most everyone got a chance to cut away from work and have a day off! 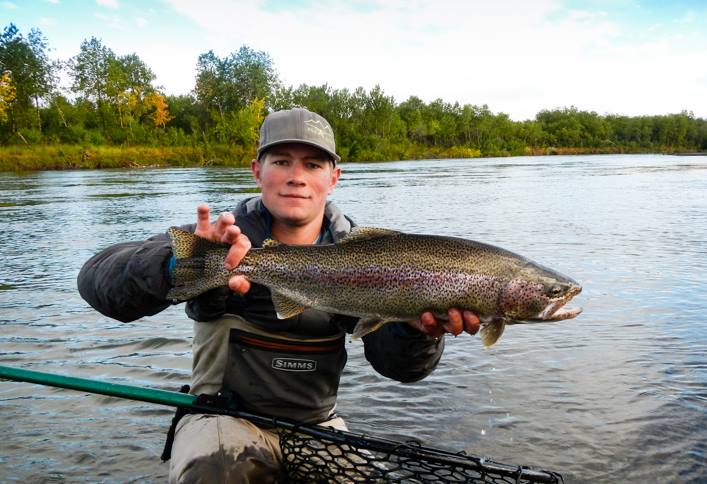 There is no denying that Bristol Bay is known as one of the best regions in Alaska for the die hard trout angler. The Nushagak, Togiak, Kvichak, and Naknek are a few of the big rivers in Bristol Bay which support some of the largest naturally reproducing salmon runs in the world. These massive riverine ecosystems, rich in salmon, also produce giant rainbow trout. Prime time trout weeks get filled fast here with the best lodges in the region and with good reason. The clear waters, pristine habitat, and monster trout, make it a world-class angling destination.

One common question that visiting anglers all seem to ask is "what flies should I bring with me?" While most lodges provide you with all the necessary equipment, catching big trout with your own flies has a special feeling to it. So, without further delay, here is a list of my top 5 flies to bring along for the giant red-sides of Bristol Bay.

Dolly Llama
The Dolly Llama dominates most Alaska trout boxes, and for good reason. The combination of bulk, movement, and all around fishiness make it a trout catching machine. According to guide Tyler Nonn (www.tidewatercharters.com), during the early season on the Kvichak, fly boxes are stocked with large leeches in purple or black/white color variations. Leech patterns like the Dolly Llama are a Bristol Bay standard and account for some donkey sized trout every year.

Dirty Flesh
The springtime thaw accounts for a special kind of "hatch" each year. The frozen river banks give way to spring, and the salmon graveyards begin to thaw, washing the carcasses back into the river. The trout know this and have a special place in their hearts for the early season protein. While it may not seem like it, a dirty, off-white colored flesh fly is always a good choice early on in the year 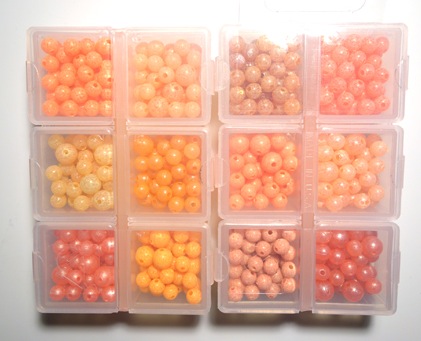 10mm bead
Yes, I said it. Condemn me as a cheater all you want, there is no doubt that beads are one of the most productive and therefor controversial patterns on the planet. While some "purists" prefer to not use them, there is no doubt that the little plastic ball is an Alaska staple. A varied range of colors and sizes are necessary to properly match all the egg variations in the river. If you were to only grab one size though, it would probably be the 10mm version. Carrying an array of colors, from milkier pinks to fresh red, will keep you in the fish for the majority of the season.

Articulated Fresh Flesh
You can smell it in the late summer and fall. The salmon that were once charging upriver in masses are now looking like extras for AMC's "Walking Dead." While it may not seem very appealing to you or me, trout are addicted to salmon flesh. It is more or less the crack cocaine of the underwater world and often times the bigger the fly the better. Remember, the size of some of these trout can be incredible. Like, "deep throat a softball" big. Articulated flesh in particular is one my favorites. Carry it in a few variations of pink, orange and white and you'll be set.

Morrish Sculpin
Similar to the Dolly Llama, the Morrish sculpin is another Alaska staple. Regardless of the time of year, sculpin will scurry along the riverbed feeding and running from hungry trout. Sculpin feed on many of the same things trout do, so be sure to throw them in places you would find food. Even around actively spawning salmon, where trout generally will focus on eggs, sculpin patterns will shine. Depending on the time of year, they will wear a variety of colors. Keeping with the naturals, like black, brown and olive in a 3-inch size is a safe bet. 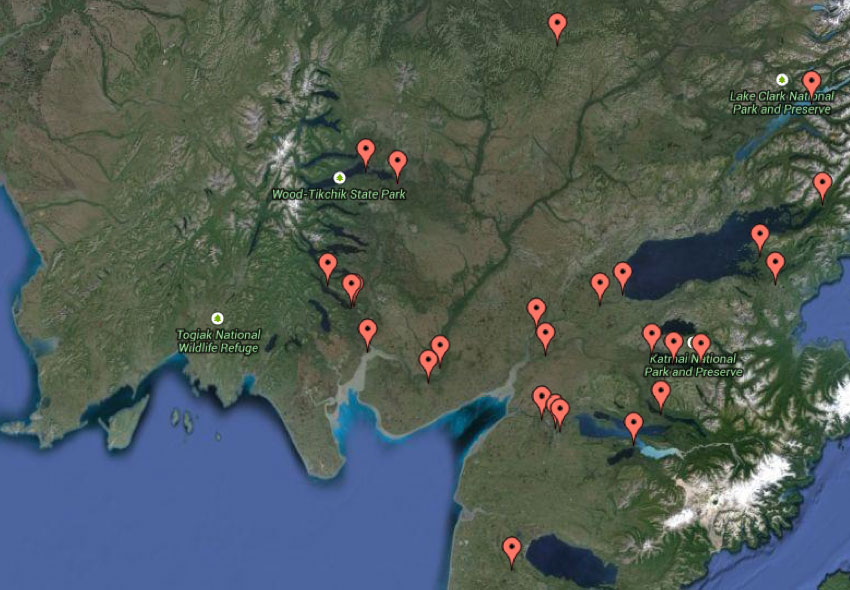 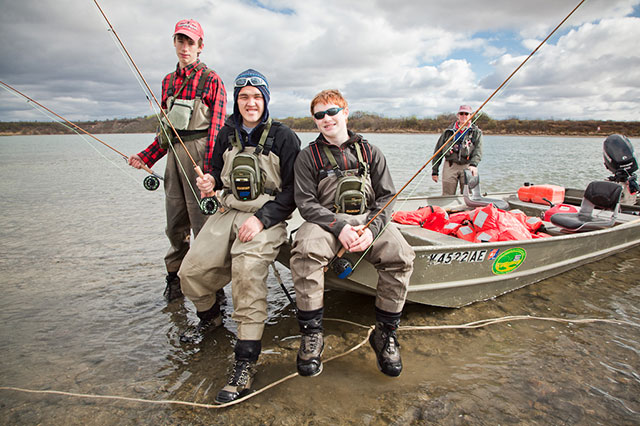 The Bristol Bay River Academy is looking for generous donors to sponsor 2013 participants in an effort to help offset the costs of operations, lodging, travel, food, and more. This week-long event is an investment in the community, salmon culture, and environment of Bristol Bay. Please consider helping Bristol Bay's local youth in learning about river ecology, salmon, conservation, and recreation. To be a sponsor – Contact the Bristol Bay Heritage Land Trust! Once we confirm you sponsorship, pick out a print from ApayoArt.com, and we'll have it sent to you.

Need a place to start? Send us an email! 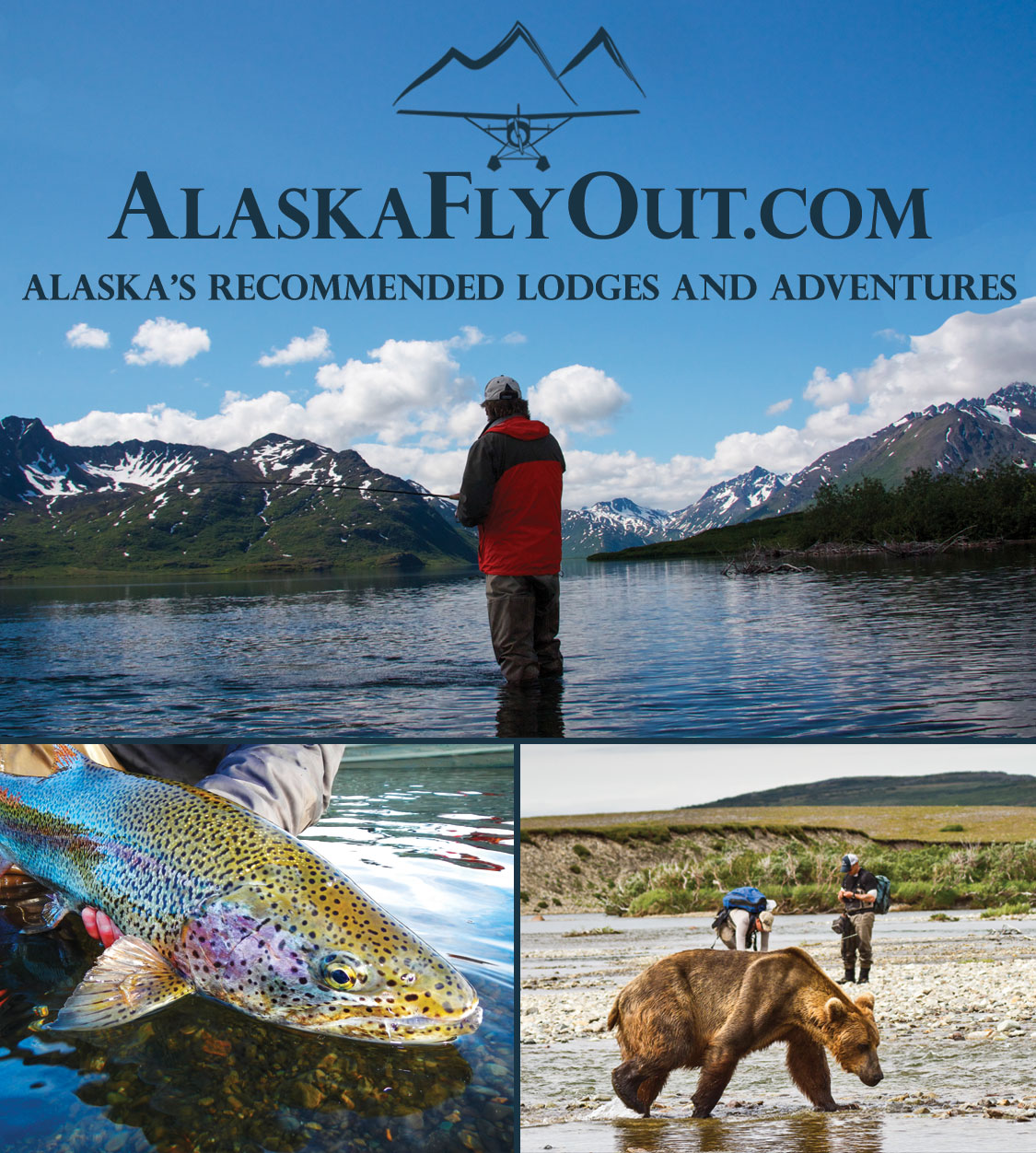 This is the time to book your Alaska fishing trip or adventure for 2013! The best lodges and adventures are filling up fast.

Our booking advice is free! And, every time you book one of our recommended lodges and adventures from AlaskaFlyOut.com we donate 5% of your trip price to conservation efforts in AK. Plus, we'll send you a free fly rod (you choose which weight)!

From IGFA Hall of Fame

Here's a blast from the past. Incredibly entertaining fishing video from Katmai National Park. Check out the grayling fishing with the class 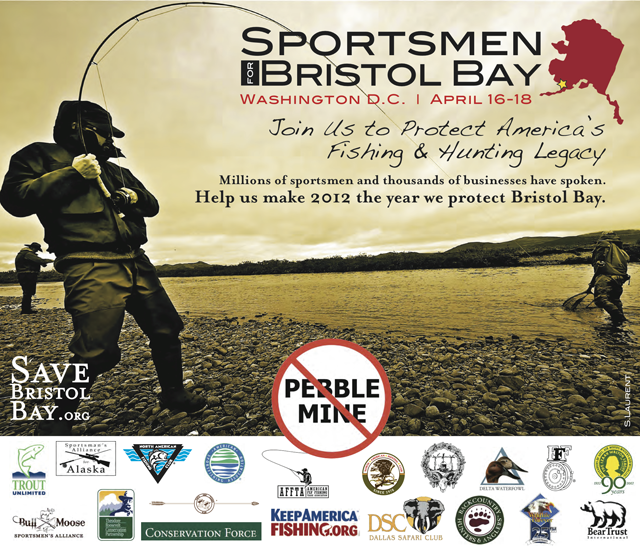