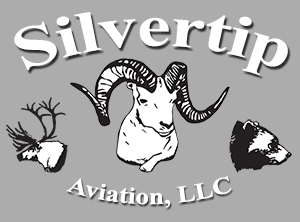 360 VR Timelapse of the Milky Way near Knob Lakes, Alaska

From the Filmmaker: Here is relaxing 360 V.R. timelapse video of the Milky Way moving through the night sky and a weak Aurora over Knob Lakes near Glacierview, Alaska on April 1, 2016. Enjoy and share!

We have been flying camera mounted UAVs since 2013. Believe it or not, that was before drones became the widespread consumer item that they are today. These crafts were tough to fly, and the camera stabilization was not easy or affordable. Throughout, we've worked closely with Quadrocopter, LLC to find professional UAV solutions that fit our unique needs in Alaska.

UAVs offer an incredible perspective for a filmmaker, opening the door to many innovative shots that had never before been possible for small scale production. This is a short reel, showcasing our aerial videography in Alaska over the past 4 years.

A Day at Kulik Lake in Alaska's Wood-Tikchik State Park

We spent a day with Royal Coachman Lodge on nearby Kulik Lake to take in some remarkable Alaska scenery and to catch a few early season fish. This has got to be one of the most scenic spots in all of Bristol Bay. It's stunning how the Wood-Tikchik Lakes intertwine and collide with the dramatic Wood River Mountains. A fishing trip in this region offers so much more than fishing. Watch in HD - Comment, Share, Enjoy

If you've never seen the grandeur of Alaska's landscapes, this short will give you a small glimpse of the mind bending wonders that make up "The Great Land". The scale is unfathomable, the beauty is divine, and the wildness is inspiring. Watch in HD - Share, Comment, Enjoy!
No video selected.