Kings are unlike any other salmon out there. Anglers often quickly find out why.... 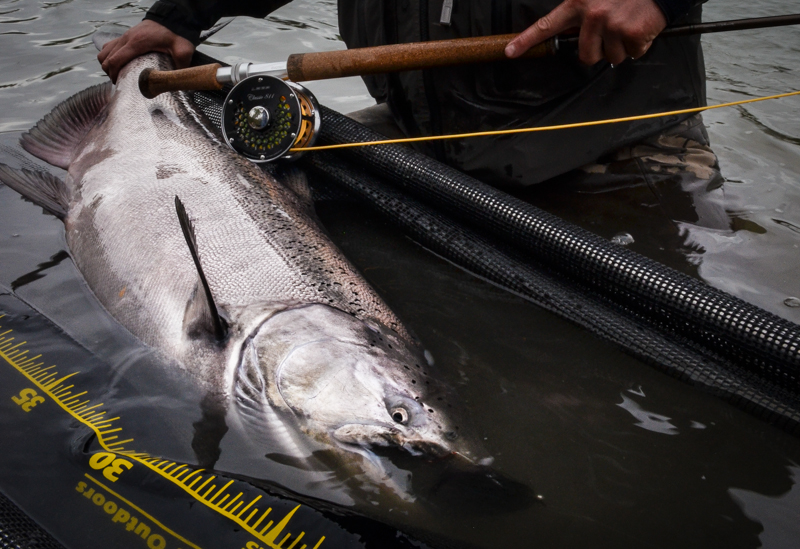 As Alaska begins to show signs of the thaw, that little area in the back of fly anglers brains begins to fill with thoughts of spring fishing pursuits. For many, the first target will be chasing the mighty King Salmon. 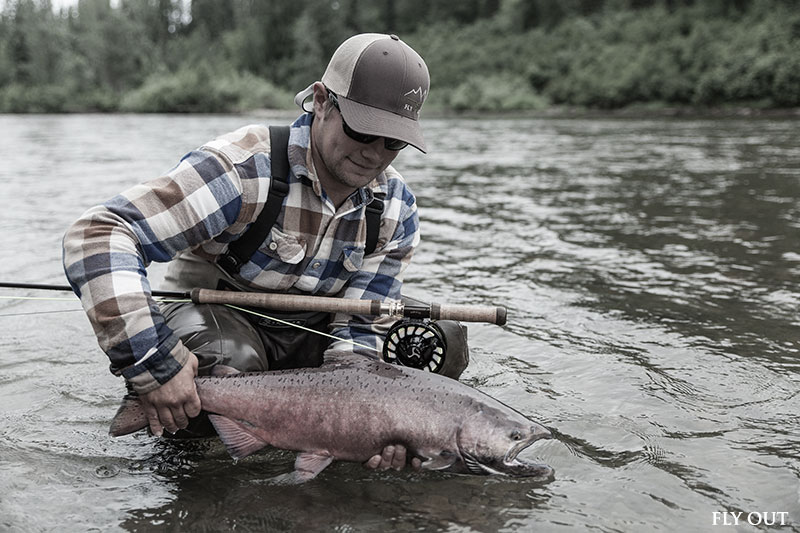 Tackling Kings on a fly rod is no simple task, but the rewards continue to attract driven fly anglers back to Alaskan waters year after year. Following a steep learning curve is necessary in order to succeed. Even though the odds may seem against you at first, setting off to land a King on the fly will almost always improve your angling game 1000 fold. Because Kings generally live in deeper, faster waters, the proper use of sink tips and depth control are often the keys to success. Placing the fly perfectly in the strike zone can be difficult, and on tough days, fish will not want to move far to attack the offering. A precise and accurate presentation, adapting the drift multiple times throughout the run, will help the odds tremendously.

The raw power of these chrome freight trains is astounding, and anglers will quickly realize that the King is unlike any other salmon. While other fish may give an exciting, fast paced battle, Kings have a tendency to draw each fight into a knock-down, drag out struggle to simply hold on. There is no gentle touch needed here. Hard side pressure, torqueing the rod into the butt section, is usually the only way to turn these fish around.

Amidst all the trial and tribulation that comes with chasing Kings on the fly, anglers will find rewards in both the fish itself and the hard lessons learned. In the end, nearly every angler who has pursued the mighty King, catches the "fever," returning to Alaska's waters again and again.

If you would like more information about Alaska's top lodges for chasing Kings on the fly, shoot us an email. We would be happy to assist in setting up your next King Salmon fly fishing adventure.