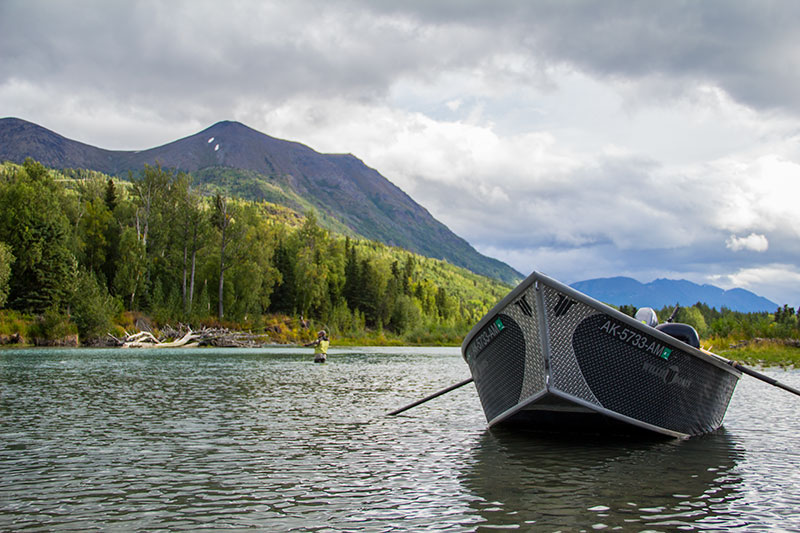 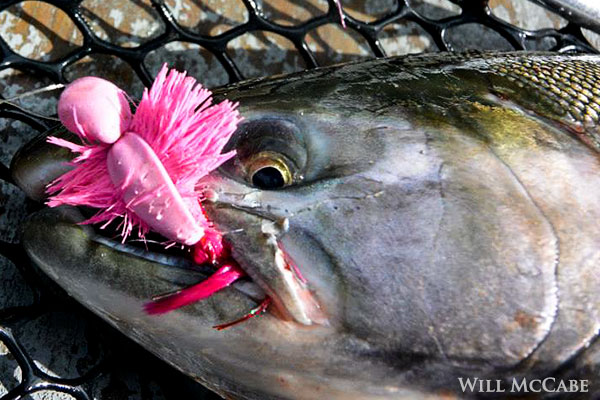 Some may call it woggin'. Some refer to it as popping. Whatever slang you attach to this method, it's crazy fun. It's not everyday that you can find 10-17lb dime bright Alaska salmon willing to chase around a colorful fly that would seem more at home in a Florida bass tournament.

Over the years, fly tyers have developed numerous variations of top-water patterns that are all tied with the same general principals in mind. Typically they are bright, obnoxious, push a lot of water, are durable, and fail to sink. These traits are generally met by adding either deer hair or foam into the fly design. Heck, some even use them together. Combine these materials with bright, fluorescent colors, and you my friend, have a Coho wog.

When fishing dry flies anywhere else in the world, a very delicate and specific drift is often needed to fool wary fish. This is absolutely not the case for wogging Salmon. In fact, I would go as far as to say that you need to do the exact opposite. The goal is to simply grab their attention, piss them off, and entice them to declare war on your flamboyant and boisterous pattern. It's that simple.

Silvers have a very unique way of letting you know what they're attracted to. They will follow along behind your fly, causing a wake more commonly associated with sharks than salmon. During this "chase" period, the fish will let you know how they want the fly presented though their actions. Like a toddler, their attention span is short, and if not kept amused, they will lazily swim back to the rest of the school. Keep their interest long enough, and you may be into one of the best fights of your life.

If there was just one tip that I could give an angler traveling up to chase the mighty Coho, it would be to keep experimenting. It's said that insanity is, "doing the same thing over and over, expecting a different result." Don't be insane. Change, adapt, experiment - pay attention to what the fish is telling you. Often times, a small adjustment will keep that line tight while your buddies aimlessly flog the water.

Want more information on a Silver Salmon Trip to Alaska?